28th November 2022
Congratulations to our Junior Boys who have finished 2nd at the U14 Inter-Regionals this weekend in Walsall. The boys won three out of their four group matches on Saturday to finish second in Group A which meant they faced South East (Group B Winners) in the semi finals where they came out on top (10-9) in a tight game to progress to the final where they  lost 13-6 against West Midlands but have successfully achieved Division 1 status in the U16 Inter-Regional Championship in 2024.
Congratulations also goes to Shaane Rather who received Irelands MVP for the weekend.
A big thank you to our team staff, Brian Morrissey, Damien O’Neill and Siobhan Egan who have supported the team in the lead up to the competition and throughout the weekend.
Full results from the weekend are available here. 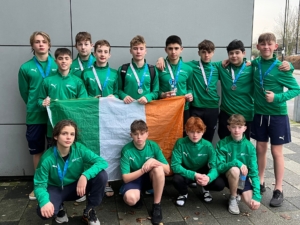 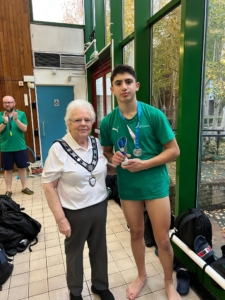